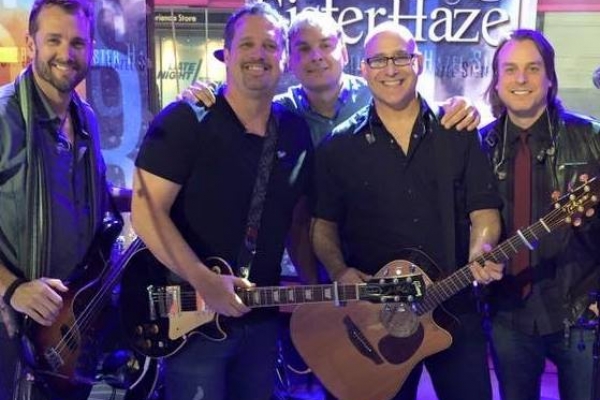 Sister Hazel to Perform in Vista After 5 Series

The Congaree Vista Guild has announced that Sister Hazel will perform the final concert of the Vista After Five concert series on Thursday, October 21 at Tin Roof. Tokyo Joe, Dear Blanca and Whit’s End each perform in the weeks leading up to the finale. All concerts are free and are presented by Pink Whitney, Fireball, Skrewball, Gameday Vodka, Larceny and Wicked Weed. The shows begin at 5:30 p.m.

Originating from Gainesville, FL, Sister Hazel has been called "one of the Top 100 Most Influential Independent Performers of the last 15 years" by Performing Songwriter Magazine. Their song, "All for You," topped the adult alternative charts during the summer of 1997 and the success propelled their album to platinum status. Since then, the band has become firmly established not only in rock and alternative music, but also in country with four back-to-back Billboard Top Country Albums Chart entries.

“We’re delighted to have Sister Hazel as part of our Vista After 5 concert series this year,” said Abby Anderson, Executive Director of the Congaree Vista Guild. “Our lineup has been filled with well-known bands from all genres, and Sister Hazel is the perfect band for the finale.”

All shows are outdoors and begin at 5:30 p.m. at Tin Roof, 1022 Senate Street, Columbia. For more information about Vista events, visit VistaColumbia.com.